The exciting Champions Hockey League season finished on a high note on 5 February with Frölunda Indians from Gothenburg defeating Red Bull Munich 3–1 in the final. Partners joined the iLOQ team on the ice in the fun finale!

This season, iLOQ’s partnership with the CHL went beyond the standard brand package. With iLOQ as the Official Presenter of the CHL app, digital activation was at the heart of the partnership. The app provided fans with live scores, instant goal notifications and real-time game statistics. Other digital activations included offering access to pre-game locker room streaming for selected games as well as digital player cards that could be ‘unlocked’.

“We were really satisfied with our cooperation with CHL. Since its launch back in 2014/2015, CHL has gone from strength to strength. Its reputation has grown and the number of clubs fighting for the honor of lifting the trophy has increased fourfold to 32 teams,” explains Joni Lampinen, Chief Marketing Officer, iLOQ.

Fun on and off the ice

iLOQ hosted a business event during the day of the final. Customers and partners from Sweden joined us to share business news and learn more about our products and technology while enjoying some great hospitality, and an exciting game in a great atmosphere of cooperation. 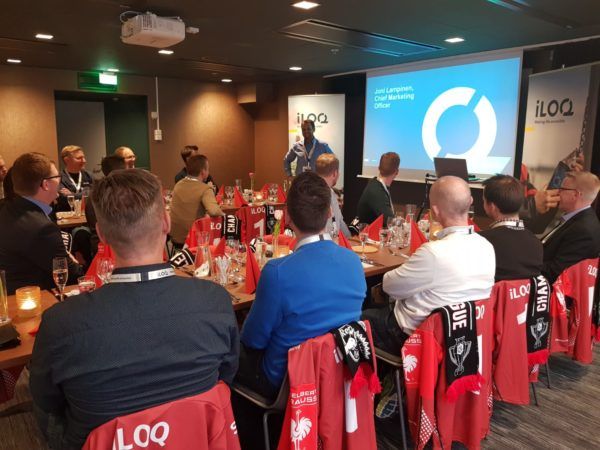 The CHL format has also spread south. This time, 125 games were played in 14 countries throughout Europe. And the amount of TV coverage also increased; iLOQ’s logo was clearly seen under the ice and around the stadiums in 65 territories. You can read more about our sponsorship with CHL here.

It was a great season. Congratulations to Frölunda Indians and watch this space find out more about our other significant partnerships.