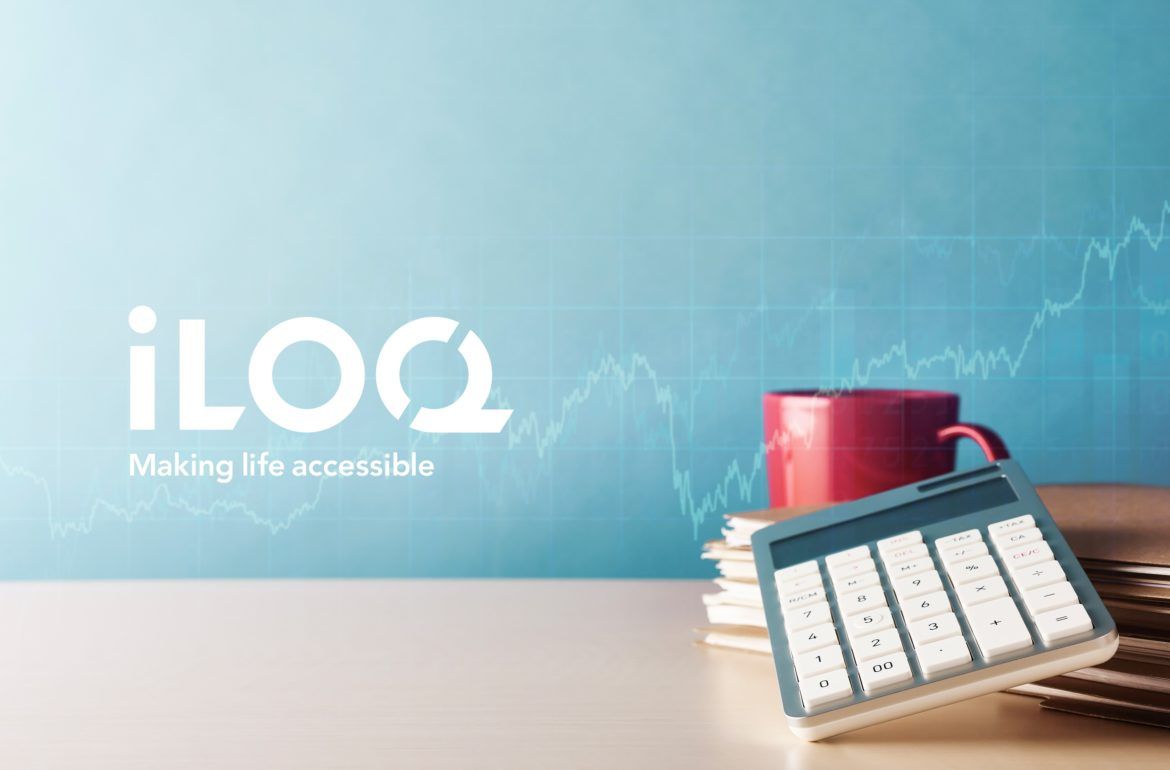 The key to reducing total cost of ownership in utilities

Often, when a utilities manager is considering a particular model of digital lock, the main decision variable is its purchase price – capital expenditure (CAPEX) or the amount of investment required. Obviously, the cost of a digital lock is important in the decision-making process, but it should not be the only consideration.

When choosing a digital lock, it makes much more sense to consider the total cost of ownership (TCO). Or, in other words, operational expenditure (OPEX). More often than not, the cheaper version ends up being more expensive in terms of TCO. In this blog post, we explain what TCO is and how it is calculated in the case of a digital lock.

In the battery-powered digital lock, a large cost to be added to the TCO is the the one associated with changing hundreds (or even thousands) of batteries spread over a vast number of sites. We are not just talking about the cost of the battery itself, but the service technician’s travel costs, changing the battery and probably also the cost of reprogramming the digital lock (depending on the technology). In some models of digital lock or digital padlock, it is not enough to change the battery; the whole padlock needs to be replaced. It does not matter how long the battery lasts – one, two or three years – it’s just a matter of time before it needs to be replaced. In a 10-year TCO analysis, annualizing the costs of battery replacement taking into account the average life, the TCO curves of a digital lock with a battery and one without sooner or later diverge and do so dramatically.

It should also be noted that batteries do not run out at the same time. Their lifespan depends on many factors such as frequency of use and exposure to heat or cold. Utilities that practice preventive maintenance and replace batteries before they even run out of power reduce the risk of downtime but, at the same time, reduce cost efficiency.

There are also hidden costs that are difficult to calculate (and which have not been taken into account in the example below). For example, the cost of replacing digital locks due to failure after the warranty has expired; battery-free digital locks have fewer components that can fail. Or the cost of a service team traveling 200 km to access a site, and not being able to get in because the battery in their key is dead. This is especially serious when the person who enters is not the utilities operator themselves, but a client.

Next, we’ll do a theoretical exercise in calculating TCO. Although this is not an in-depth analysis, the difference in TCO between the battery-powered and battery-free digital lock is so great that having more precise information does not add much to the decision. For the calculation of TCO, you need:

Whatever the values of the variables indicated, the conclusion is always the same: the battery-powered digital lock is usually ‘cheaper’ initially. But over time, in fact with very little time, the battery-powered digital lock becomes very expensive to maintain. In the graph below we see the blue curve, the battery-free digital lock, which starts from a much ‘higher’ level (because it is more expensive to buy). However, the slope of the curve is very shallow. It only has the cost of renting the management platform.

At the same time, the orange curve starts from a ‘lower’ level (because it is cheaper to buy). But the slope is much steeper since, apart from the cost of renting the platform, it incorporates the cost of battery maintenance. In the theoretical example below, already by the second year, it is clear that it would have been better to have chosen the battery-free digital lock. And things get even more complicated the more locks the utility has: the blue curve hardly moves while the orange one grows much faster. 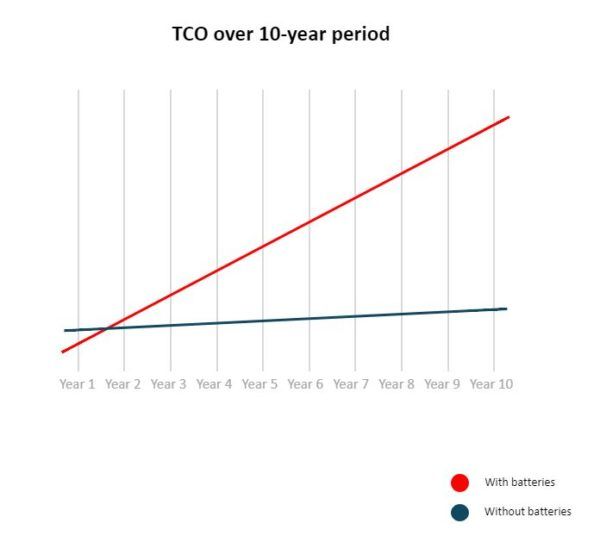 In 2016, iLOQ developed the first lock cylinder to harvest energy for unlocking from an NFC-enabled smartphone. The iLOQ S50 is currently being deployed by major infrastructure operators around the world. You can read more about iLOQ S50 here.

For nearly two decades, iLOQ has been at the forefront of optimizing access management. Our digital locking and mobile access sharing innovations are easy to install, simple to use and eliminate the need for wiring and batteries. Designed to maximize security, minimize administration time and impact on the environment, they also drive down lifecycle costs and boost the value of properties.

Don’t hesitate to contact iLOQ for some free advice or leave a comment in the box below – we’re here to help.